How soon after an arrest will you get out of jail or bond be set? 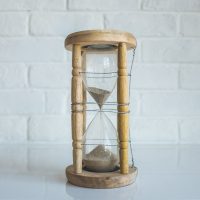 When someone is arrested, do they know when they will get out of jail or if there is a bond set?

Every county handles getting out of jail and setting bond a little differently. And it will depend on what county you are in. Most counties, but not all of them, have a bond schedule. So the clerk will default to a particular bond level and set that bond for you as soon as the sheriff lets them know that you’re in custody.

But it is different from place to place, and in some places they will hold you without bond for a while which is weird because there is a provision in Indiana Constitution that guarantees bond to people who have been accused of crimes, other than murder. So, it’s weird that they can hold you without bond. But some of counties do, and it’s not really the kind of thing that’s easy to challenge.

Assuming you’re not charged with murder, you will eventually get some kind of a bond. After you’ve been arrested, they are supposed to bring you to a judge promptly. Different judges have different opinions on what promptly means. I’ve seen them take several days, but in some places they can have you in front of a judge within hours.

And at some point, you will receive a bond. The question of whether you can make that bond or not is something entirely different. But you will have some kind of bond on your case unless you’re charged with murder. And if you’re charged with murder, they hold you without bond unless you claim that they don’t have a case where the “presumption is strong”. Don’t ask me what presumption that is. I guess it’s the presumption that you’re guilty. It’s a weirdly worded constitutional provision.