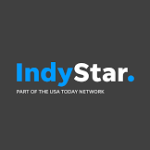 Attorney Kassi Rigney was quoted in this Indy Star article. Meth, guns, cellphones: ‘Defective’ warrant jeopardizes evidence in triple killing When Indianapolis police found the bodies of three young people in a field on the city’s south side in October 2021, they used witness interviews and phone records to establish Caden Smith as a… Read More »