Does The State Need More Than A Defendant’s Confession To Secure A Conviction? 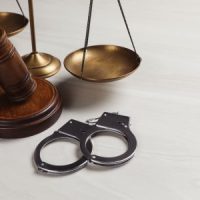 There is a reason that you should never speak with the police if you are a criminal suspect: Anything you say can and will be used against you in court. At the same time, an out-of-court confession is not enough to sustain a criminal conviction. Indiana law requires what is known as “proof of the corpus delicti”.

In plain English, a confession must be accompanied by some independent evidence that the crime actually occurred. To give a very simple example, say someone walks into a police station and tells the officer they committed a murder. The confession alone is not enough to convict that person. The police must find some corroborating evidence there actually was a murder, such as the victim’s body.

At the same time, the state does not have to produce direct evidence tying the defendant’s confession to the crime. Circumstantial evidence can support an inference that a crime occurred. The corpus delicti rule is only meant to protect against a situation where someone confesses to a non-existent crime.

A recent decision from the Indiana Court of Appeals, Huff v. State, demonstrates how the corpus delicti rule does not mean automatic protection against an out-of-court confession. This case involved an 82-year-old man who was found dead near a construction site. Witnesses at the scene told police they saw a Chevy Trailblazer driving away from what appeared to be a hit-and-run accident.

Local law enforcement identified a local resident–the defendant in this case–who they knew owned a Trailblazer matching the witness descriptions. Officers located the defendant and her husband with their Trailblazer at a gas station. The Trailblazer appeared to have suffered “some damage to the front passenger side.” The officers subsequently took the defendant to a nearby hospital for a blood draw to conduct a chemical test. The defendant’s sample ultimately tested positive for THC and methamphetamine.

The defendant waived her Miranda rights and made a voluntary statement to the police where she said “she thought she had driven over something while passing the construction site” where the victim’s body was found. She claimed she never actually saw the victim.

Prosecutors charged the defendant with multiple felonies related to leaving the scene of an accident and OWI causing death. The jury convicted her on two counts. On appeal, the defendant argued there was insufficient evidence to support her conviction, which the Court of Appeals took as a challenge under the corpus delicti rule.

The Court of Appeals rejected that challenge and affirmed the convictions. The testimony of the eyewitnesses who saw the Trailblazer leaving the scene, the damage found to the defendant’s Trailblazer, and the evidence obtained from the blood draw were all sufficient corroboration. So even though nobody actually saw the defendant strike and kill the victim, she was still held criminally responsible for the death.  The Court sentenced Amanda Huff to 15 years in prison.  She is currently scheduled to be released from the Indiana Department of Correction in 2031.  Huff may still seek review by the Indiana Supreme Court if she chooses.

This case is yet another example of why you should never make any statements to the police if you are suspected of a potential crime. Your best bet is to remain silent until you have spoken to a qualified Indianapolis OWI & DUI lawyer who can advise you of your rights and represent you in dealing with police and prosecutors. Contact Rigney Law LLC today to schedule a free initial consultation.

By Rigney Law LLC | Posted on November 17, 2022
« What Are Your Rights When The Police Ask To Search Your Home?
Kassi Rigney Quoted in Indy Star Article »