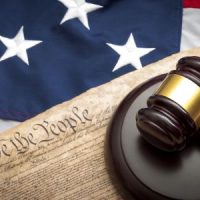 In late September 2022, the Supreme Court of Indiana will hear arguments from a woman convicted of murder in the death of her 10-year-old stepdaughter.

Authorities found the girl, who had been strangled, in a tool shed behind the family’s home. During trial, the defense attorney argued the killing was not a murder but rather a stepmother snapping. A jury, though, disagreed, and found the defendant guilty of murder, neglect of a dependent, strangulation, and domestic battery resulting in death.

The same jury also decided she should serve life in prison without parole.

Depending on the evidence in the case and a few other factors, several types of pleas are available in Marion County:

It’s almost impossible to appeal a plea bargain, usually because these pleas include express waivers of appeal rights. It’s not much easier to successfully appeal a criminal trial verdict. Courts have consistently held that defendants are entitled to fair trials, but not perfect trials.

Other appeal bases include inadequate evidence, a prosecutor’s failure to turn over exculpatory evidence, racial appeals and other improper jury arguments, and jury misconduct in one form or another.

Reach Out to a Dedicated Marion County Attorney

Criminal suspects have important rights when their cases go to court. For a free consultation with an experienced criminal defense attorney in Indianapolis, contact Rigney Law LLC. We routinely handle matters throughout Indiana.