A Word About “Assault” (Also known As Battery) 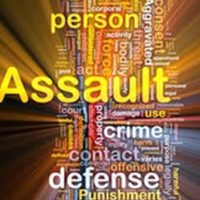 Many folks uneducated in Indiana law like to use the word “assault” to describe a crime.  The truth is, there is no crime in Indiana called Assault.  There is a crime called “Battery” and when most people are talking or writing about assault, this is what they really mean.  Like many other criminal convictions, a battery conviction has direct and collateral consequences. A protective order may be the most common collateral effect of a battery conviction, especially if the battery involves domestic violence. Protective orders are requested and routinely issued at the outset of any battery case, regardless of the facts alleged, and even if the alleged victim denies that she wants a protective order.

An Indianapolis criminal defense lawyer quickly and thoroughly evaluates your case and zeroes in on all possible defenses. Then, an attorney leverages those defenses, first during pretrial negotiations and later during trial, to obtain the best possible result.  Every case is different, so it’s impossible to say for certain how any particular case will conclude.

Simple Battery is the lowest level of battery in Indiana. This form of Battery is a class B Misdemeanor, and carries a penalty from 0 to 180 days in the county jail.  Any misdemeanor battery sentence can be suspended, and probation of up to 1 year may attach to such a suspended sentence.

In Indiana, simple battery is defined as the knowing touching of another person in a rude, insolent, or angry manner.  Examples include shoving a line-jumper or a fellow bar patron, while not causing injury. While these matter are criminal in nature, they rarely result in significant jail sentences.

Battery resulting in bodily injury is, by far, the most common form of battery in Marion County. Most of these cases are domestic violence cases.

Legally, battery resulting in bodily injury is a step up from simple battery. In addition to proving a knowing touching of another person in a rude, insolent, or angry manner, prosecutors must prove the victim suffered bodily injury. That injury could be a red spot, sore spot, a bruise, or even the slightest pain.

“Knowing” means being aware of a high probability that you are engaging in the conduct. Prosecutors often use context to prove a knowing touching. For example, if Husband and Wife were arguing, it’s rather unlikely that she accidentally slapped him hard across the face.

These cases can involve other proof problems, mostly revolving around the availability of the alleged victim. In most cases, the prosecution cannot try the case without the testimony of the alleged victim. In Indiana, alleged victims cannot “drop” charges in criminal court. They’re only material witnesses. In fact, prosecutors can subpoena alleged victims and attempt to force them to testify.  But, at the end of the trial, the State has the burden of proving an allegation occurred, and if they can’t do so, they often have no choice but to dismiss the case.

Felony battery charges usually require proof that a deadly weapon used or the alleged victim was moderately or seriously injured, or a child was present during the alleged battery.

If the defendant used a deadly weapon, prosecutors can enhance misdemeanor battery charges to a level 5 Felony charge.  A “deadly weapon” can be pretty much anything, including a golf club or frying pan.  The key to analysis in that situation is how the item was used.  Serious injuries, such as unconsciousness, protracted loss of a bodily function or organ, or serious permanent disfigurement can also result in a Level 5 Felony charge called battery resulting in serious bodily injury. Finally, certain people, like police officers, have special legal protection.  As such, if you commit battery resulting in bodily injury and the alleged victim is a police officer, the charge will be a felony.

Criminal suspects have important rights when their cases go to court. For a free consultation with an experienced criminal defense attorney in Indianapolis, contact Rigney Law LLC. We routinely handle matters throughout the Hoosier State.

By Rigney Law LLC | Posted on October 26, 2022
« Plea Bargain Options In Marion County
Do You Have The Right To A Jury Trial In A Civil Asset Forfeiture Case? »