No More Lifetime Suspensions of Driver’s Licenses in Indiana 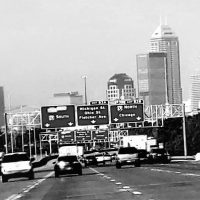 Legislators have recognized that lifetime suspensions are not generally good for the community. As a result, Indiana no longer suspends a person’s driver’s license for life.

Lifetime suspensions used to be a thing, and still are for some people. You would get a lifetime suspension when you were convicted of the level, not the level six but a Class D felony, operating as a habitual traffic violator.

So the five and 10 year suspension I just described is called a habitual traffic violator suspension. If you get caught driving on that, it was a D felony, still a Level 6 felony. And as a result of that conviction, if it stayed a felony, your license would be forfeited for life. If you got caught driving on your lifetime forfeiture, that was a Level C Felony, now a Class C Felony, back in the day. It carried a penalty of 2 to 8 years in prison. Just for driving.

If you are living under a lifetime suspension of your driver’s license, give us a call.