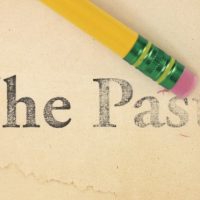 Plea negotiations resulted in a seventh count, conspiracy to commit burglary, a class B felony. The plea deal resulted in the state dropping the first six counts and the accused pleading guilty to the seventh count. The petitioner was sentenced to sixteen years with eight years suspended. The sentence was later modified to probation.

On appeal, the Indiana Court of Appeals reviewed the trial court’s decision under the statute for an abuse of discretion and reversed the decision. Allen is indeed eligible for expungement of his criminal record.