When Can Indianapolis Police Extend A Traffic Stop To Investigate Other Possible Crimes? 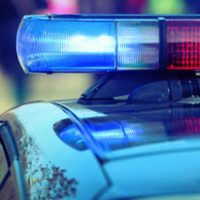 Police often try to prolong routine traffic stops if they suspect the driver might have committed some other crime, such as drunk driving or illegal possession of a controlled substance. Consistent with the Fourth Amendment and the Indiana Constitution, however, an officer cannot extend a traffic stop based on reasonable suspicion simply in the hopes they might discover evidence of illegal activity. This means that absent evidence of any further wrongdoing, a traffic stop cannot last any longer than necessary to effectuate its purpose–i.e., to check the driver’s license and issue an appropriate ticket.

It is important to understand that a person’s own behavior when interacting with the police may create reasonable suspicion allowing the stop to continue. A recent decision from the Indiana Court of Appeals, Kluger v. State, provides a useful illustration. In this case, the appellate court rejected a challenge to a drug crimes conviction based on the defendant’s claim that the arresting officer improperly delayed a traffic stop.

The facts of the case are fairly simple. A police officer observed a Chevy Impala making an improper lane change. The officer initiated a traffic stop. The officer later testified he had observed the driver–the defendant–touching her face “frantically” and exhibiting “nervous behaviors” such as “chattering speech” and “frantic movement.” During the stop, the officer further observed a small “ink cartridge” between the defendant’s legs, which the officer suspected might be drugs.

The officer continued the traffic stop but also requested a K-9 unit to conduct a drug sniff. The K-9 unit arrived just as the officer had finished issuing his tickets. The police dog then alerted the police to the presence of narcotics. A subsequent search revealed the presence of crack cocaine inside the vehicle.

At trial, and later before the Court of Appeals, the defendant argued the search violated her constitutional rights, as the police officer had improperly prolonged the original traffic stop. The courts disagreed. The Court of Appeals, upholding the trial court’s earlier ruling on the issue, held that the stop was not illegal and thus the cocaine recovered from the defendant’s car was admissible evidence at trial.

The appellate court noted that the traffic stop in its entirety was only about 17 minutes. Under the Indiana constitution, a search is only unlawful if the officer’s actions were not “reasonable under the totality of the circumstances.” Here, the Court cited the defendant’s “nervous behaviors” when speaking to the officer as a sufficient indicator of the defendant’s possible “participation in drug activity” to create a reasonable suspicion justifying further investigation.

Hamilton Superior Court Judge David Najjar sentenced Tara Kluger to 1.5 years, with 10 days in jail (time served) and the remainder suspended to probation.  She may still seek transfer to the Indiana Supreme Court if she chooses.  If she does not do so, she will likely remain on probation until the 2nd half of 2023.

Even in cases where a police officer legally extends a traffic stop to investigate evidence of some other potential crime, the traffic stop itself must be legal. In the case above it was, but in many other cases it is not. So if you have reason to believe that a police officer manufactured a traffic stop as a pretext for questioning you or searching your vehicle, then you may have a valid Fourth Amendment defense if you are charged with a crime. An experienced Indianapolis criminal defense lawyer can advise you further. Contact Rigney Law LLC today to schedule a free consultation.

By Rigney Law LLC | Posted on November 22, 2022
« Does A Homeowner’s “Consent” To A Police Search Extend To Their Guests’ Belongings?
Criminal Drug Possession Requires Actual Proof Of Drugs »