Does A Homeowner’s “Consent” To A Police Search Extend To Their Guests’ Belongings? 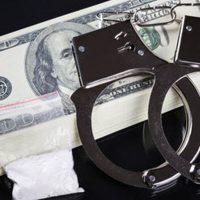 As a general rule of law, the police cannot search your home without either your consent or a search warrant. But even if the owner consents to a search, how far does that extend? For example, can the police search someone else’s purse or backpack when it happens to be in the owner’s house?

The Indiana Court of Appeals recently addressed such a case. In Cinamon v. State, the police obtained a warrant to search a private residence for a female criminal suspect. The suspect lived with the male homeowner. When the police arrived there were four other people inside the house, including the defendant in this case.

The officers proceeded to arrest their original suspect. The suspect consented to a search of her bedroom inside the residence and police recovered illegal drugs and drug paraphernalia. The police then asked the homeowner for permission to search “the rest of the residence,” which the homeowner granted.

During a search of the living room, the police found a woman’s purse. An officer looked inside the purse and found “a rolled-up washcloth that, given the shape and size, appeared to be wrapped around a methamphetamine pipe.” There was also a debit card with the defendant’s name. The officer questioned the defendant, who admitted the purse belonged to her and that she had a meth pipe inside.

Prosecutors subsequently charged the defendant with felony drug possession. The defendant moved to suppress the evidence obtained from her purse as well as her statements to the police on the grounds the search of the purse was unlawful. The trial court denied the motion, prompting the defendant to file an immediate appeal.

The Court of Appeals agreed with the defendant that the search of the purse violated her constitutional rights. The homeowner’s “general consent to search his residence” did not extend to the warrantless search of the purse just because it happened to be in the house. The prosecution tried to argue that the purse was “simply a bag” and that the police logically assumed it belonged to the homeowner. But the arresting officer clearly referred to the item as a “purse” and testified to that effect in court. In other words, the officer knew it was a woman’s purse, so he had no reason to assume it belonged to the male homeowner. The officers also knew there were “guests” inside the house before commencing the search, which further undercut the state’s position that the homeowner had the “apparent authority” to permit the police to search the contents of a purse that was obviously not his own.

The State may still seek transfer to the Indiana Supreme Court, and as of November 11th, 2022, the Trial Court case is still pending while the litigants wait to see if the Court of Appeals decision will be final.  If convicted, Greene County Superior Court Judge Dena Martin may sentence Christy Cinamon to anywhere from a fully suspended sentence up to 32 months in prison.

In the heat of the moment when you are stopped, searched, or questioned by the police, you may not realize that your rights are being violated. That is why it is always in your best interest to speak with a qualified Indianapolis criminal defense lawyer who can review the facts of your case and identify possible avenues for challenging the state’s actions in court. If you are facing a criminal charge and need advice, contact Rigney Law LLC today to schedule a free initial consultation.