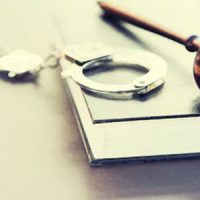 Since 2013, a local law firm has handled most of the county’s forfeiture matters and collected nearly $500,000 in legal fees.

Indiana is the only state in the Union that allows non-government lawyers to handle government forfeiture matters. If elected, Democrat Jon Schaefer pledged to end the practice. “The idea that we’re giving 25 percent to a local law firm – I was shocked when I read that,” he remarked. However, he defended the forfeiture system, noting that about 80 percent of seized money funds the public defender system. His opponent, Republican Diana Moers, seemed unfazed. “I think every government office I’ve ever worked in has some sort of outside contract of some kind,” she said. “It’s not uncommon for offices to outsource work,” she added.

Indiana has some of the broadest civil forfeiture laws in the country. Most of these matters are related to drug possession or trafficking charges. However, the law permits law enforcement authorities to seize any property they believe is connected with illegal activity. Commonly seized items include:

Officers only need probable cause to seize what they believe to be ill-gotten gains. In many cases, owners have a short time to contest the forfeiture, or the Court can issue a default judgment. So, an Indianapolis civil asset forfeiture attorney must quickly take action in these cases.

In court, prosecutors, or private lawyers working under contract, need not “prove” a connection between illegal activity and seized property beyond a reasonable doubt. They must only establish such a connection by a preponderance of the evidence (more likely than not). This is not a high burden.

Laws like Indiana’s forfeiture law are so broad that they have come under fire from advocates on both sides of the political aisle. Progressives criticize them. Conservative Supreme Court Justice Clarence Thomas has criticized them as well. “This system – where police can seize property with limited judicial oversight and retain it for their own use – has led to egregious and well-chronicled abuses. . . I am skeptical that this historical practice is capable of sustaining, as a constitutional matter, the contours of modern practice,” he recently remarked.

However, for now, these laws remain in place. Indianapolis criminal defense lawyers often negotiate buybacks with prosecutors or the contract attorneys representing the government in these situations. It seems ludicrous that people would have to buy back their own property from a government entity that is exerting unauthorized control over it. However, since the burden of proof is so low, as mentioned above, a negotiated buyback may be the defendant’s best option.

Criminal suspects have important rights when their cases go to court. For a free consultation with an experienced criminal defense attorney in Indianapolis, contact Rigney Law LLC. Convenient payment plans are available.